After spending a wonderful few days over Christmas in London with my daughter Fiona Creedon, I find myself pondering over some undesirable events that happened.

I love London with its endless cultural richness with every nationality in the world roaming freely; the vastness of the city with over 9.5 million people; the ‘busy buzz’ that follows one around in shops, buses, restaurants, the underground. It is all-consuming and uplifting at the same time.

Fiona, who works in the city for the last seven years, spared nothing in the welcome she afforded her 72 year old Dad. In other words, everything was planned to perfection – all I had to do was to turn up. This I duly did courtesy of a Ryanair flight FR 265 from Dublin to Gatwick on Friday 23rd December (returning on flight FR113 on Tuesday 27th). All for the princely sum of €79.98 or €39.99 per each way. This was booked on the 21st November with great post-Covid anticipation, as you can imagine.

My outward journey was flawless, carrying my ‘small’ bag onto the plane and helped by a most obliging and friendly cabin crew member. To my surprise, on the return journey I was stopped at the boarding gate and informed that the same ‘small bag’ was no longer small enough. Despite my protests I had to pay a shocking €52.36 extra to get my bag on board. So I ended up paying 131% more for the bag that fitted very snugly into the overhead cabin that I had to pay for myself in row 3B.

I felt horrified. Now these questions run through my head:

This truly delightful Christmas adventure was made all the more interesting and challenging by a policy adopted by the Management of the Victoria Palace Theatre on Christmas Eve. We were booked to see the musical Hamilton at the 2.30pm matinee performance, but the surprise was that the show started at 1pm instead of 2.30pm.

My daughter and I arrived at 2pm, along with 30-40 other patrons, to be told that the show had already started (one excuse given was the train strike!) but everybody had been notified by email some weeks earlier. We looked at each other in total shock, as we are both avid musical theatre fans and had been looking forward to this special day for some time. In our case, their email was sent to an address that was used infrequently and we missed this ‘important notice’ in early December. The show was approximately 90% full from the earlier time, so it seemed we were in the minority.

Again, my mind races while I try to make sense of it all:

Despite these two ‘holiday horrors’ I had the most enjoyable days with the most thoughtful and loving daughter any Dad could ask for. She and I are planning our next adventure into the cauldron called the Cardiff Arms Park on Saturday 4th February for our match against Wales. I haven’t been there since 21st February 1981 when we lost 9-8 (at that time, an unconverted try was only worth 4 points with Fergus Slattery and Hugo McNeill scoring our 2 tries to Wales 2 penalty kicks and a drop goal). This time I will not be travelling via Ryanair as a small protest to the Christmas 2022 experience. 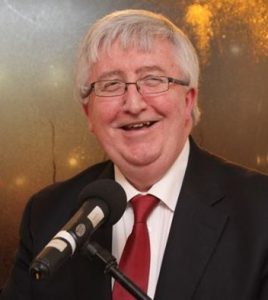